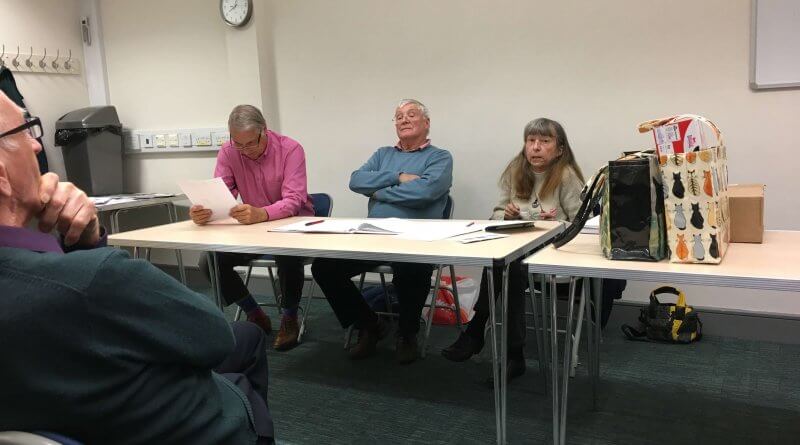 The Annual General Meeting of Northwich Philatelic Society was held at  St John’s Church Centre, School Lane, Hartford on 29th October and was coupled with a mini-auction.

The meeting was well attended by a good number of members and saw the re-election of most of the main Officers’ posts, but as is customary, a change in both the Vice-chairman and Chairman roles.

The outgoing Chairman, Steve Speak, handed the role over to the existing Vice-chairman, Graham Macpherson, and following a nomination and vote from the floor, the new Vice-chairman, Jonathan Guy, was elected.

Following the main business of the meeting, there was a mini-auction where members bid on items brought for sale and although there were a number of unsold lots, those that went saw some keen bidding.

The next meeting is going to be a slight change to that advertised and the Chairmans’ evening has been swapped with the March meeting where we were scheduled to have a Members’ Evening – From 1 item up to 3 sheets. So, next time we get to see 1-3 sheets of anything from anyone’s collection. It should be interesting!