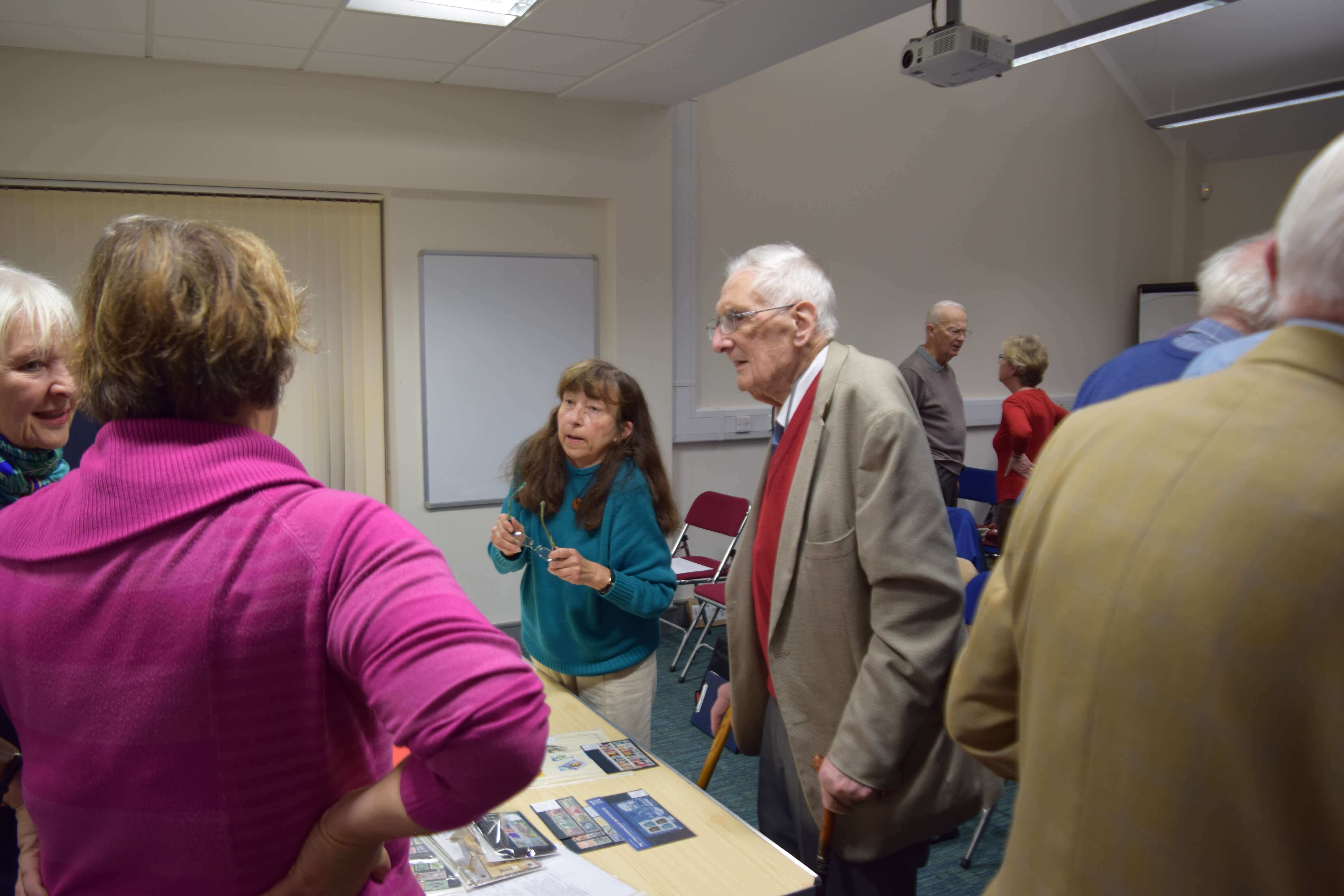 Northwich Philatelic Society held their AGM and annual auction on 10th November 2015 at which a great many members were present.

After the previous AGM minutes were agreed discussions moved to the officers for the forthcoming year whereupon Nick Rolfe was agreed as Chairman, Carol Slater as Secretary and Malcolm Ridsdale as Treasurer and Jonathan Guy was proposed as Vice Chairman.

After concluding all the other society business we moved onto the Annual auction and after members had made a wonderful effort to bring interesting and valuable material the takings from the auction were much improved on the previous year.

The images below show some of the auction items and activity from the evening.